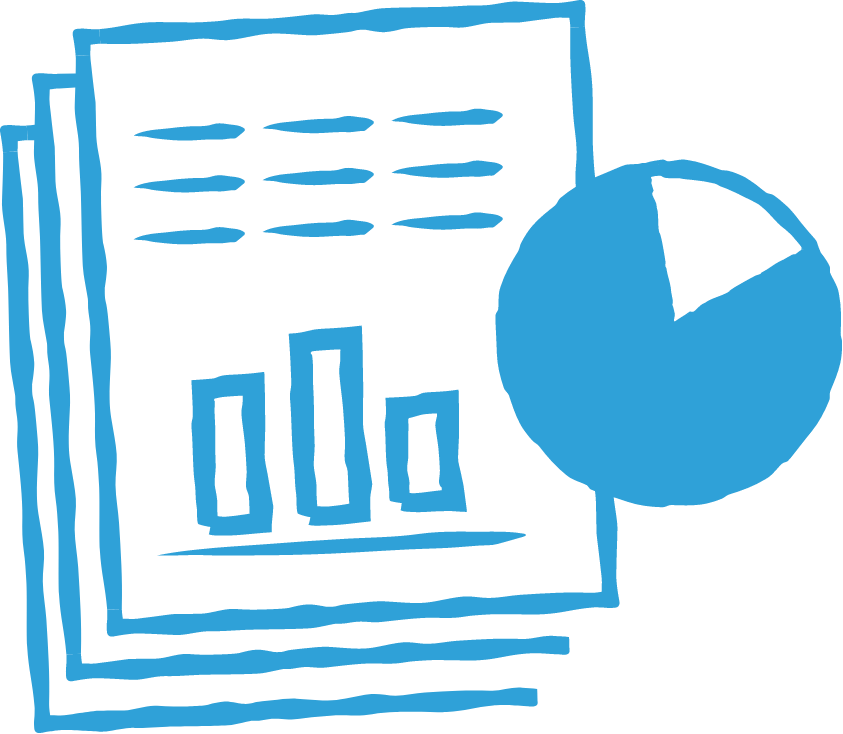 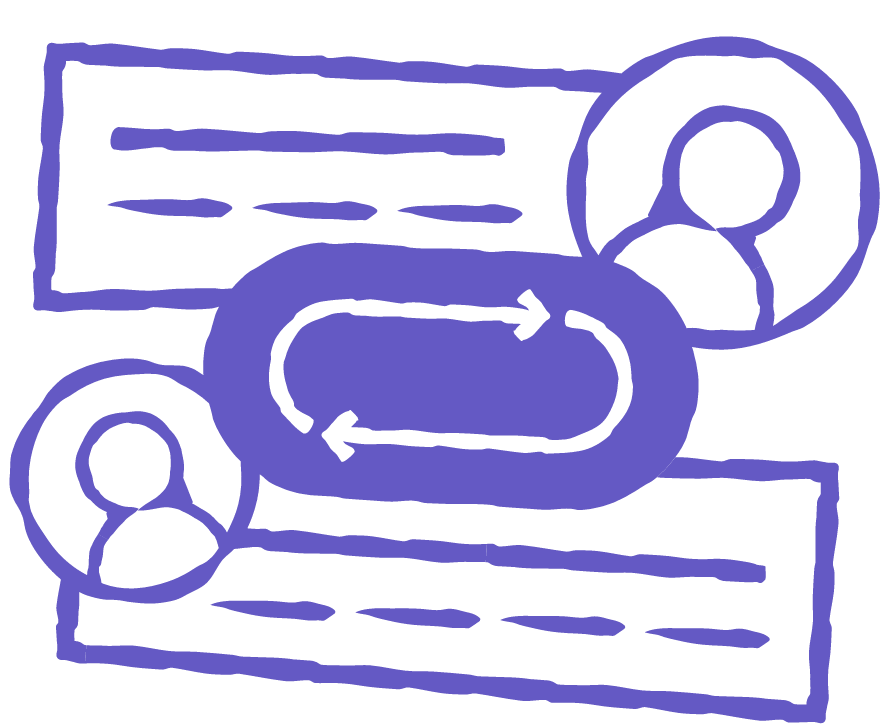 In the Wake of a Malware Incident, Durham Finds 'Peace of Mind' in DebtBook 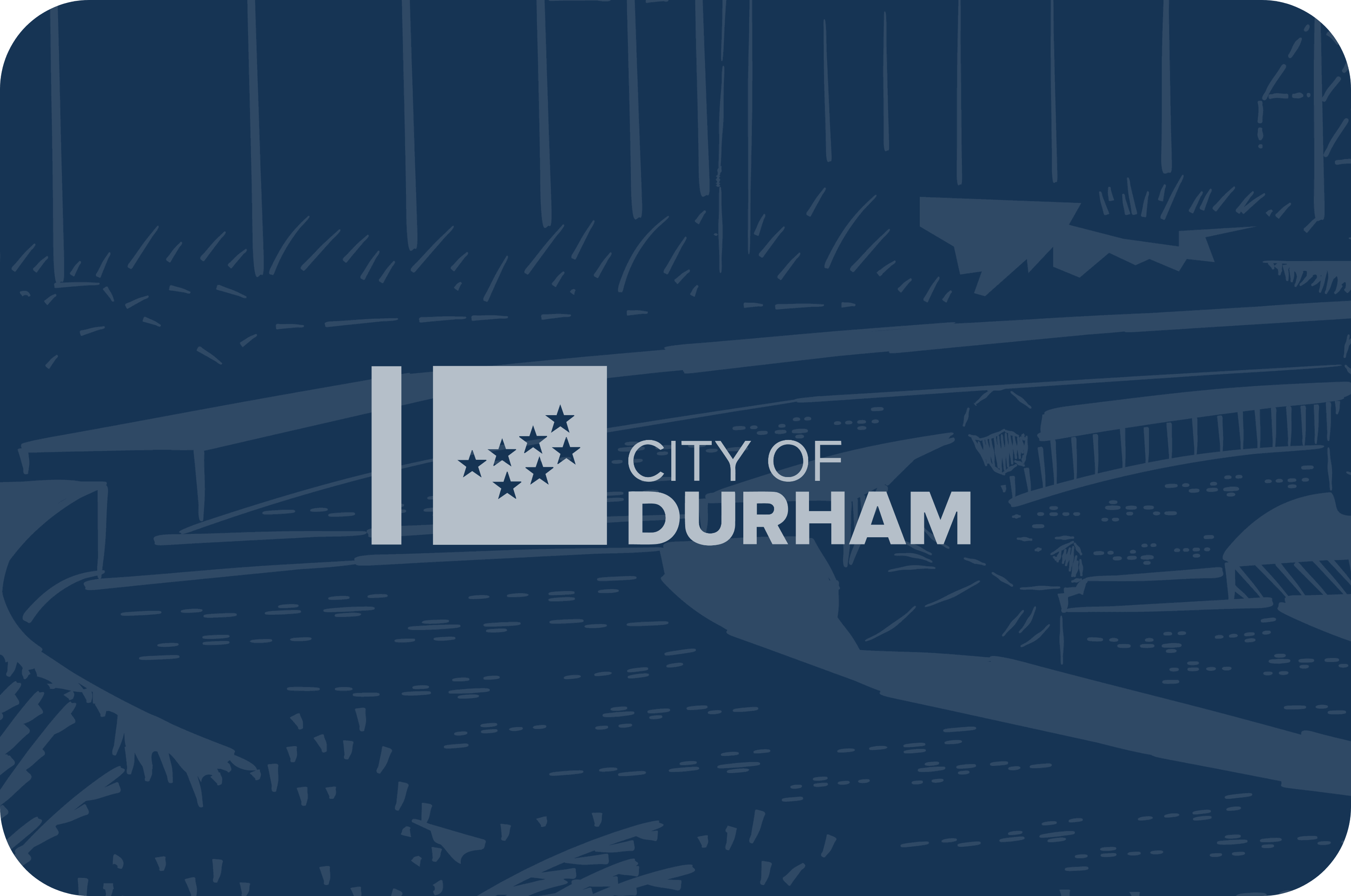 “The city had a malware incident, which caused a headache on our end. Our old debt management system was not very supportive in getting us back up and running.”

For years, the City of Durham used debt management software best described as “archaic" until a malware incident made replacing it a top priority.

“It was very hard to use. The reports that it generated weren’t always in the best format, and a lot of work needed to be done with the information that came out, whether that be manipulating the data so it looked presentable or putting the columns where we need them so that it visually makes sense ,” said Emily Desiderio, treasury manager for the City of Durham. “Anything we ended up getting out of that system had to be manipulated in some way.”

It wasn’t easy to use, and it wasn’t saving Desiderio and her colleagues time. But replacing it didn’t become a top priority until the City of Durham was hit by a malware incident. Malware, short for “malicious software,” refers to any software designed to cause damage to a single computer, server or computer network. Because the debt management system the city had been using was installed locally on individual computers and hard drives, it, too, was impacted by the incident. “We were pressed for time to get something up and running and correct, and the software company didn't have the level of urgency we needed,” she said.

Desiderio knew of DebtBook and also that some neighboring municipalities were considering it. So she reached out, and not long after that, we had her and her team back up and running — this time, in the safety and convenience of the cloud.

The issues the City of Durham experienced with its previous debt management software included:

The city’s previous debt management software was installed locally to individual hard drives and computers, which made the system and the data vulnerable to the malware attack.

After the malware incident, the City struggled to regain access to critical data, as well as the debt management software it had been using. Desiderio contacted the software company for help and was still unable to get the system up and running. “It was frustrating,” she said. “We were crunched for time because it was budget season. Our Annual Comprehensive Financial Reports were due, and our senior fiscal analyst needed information.”

With the City of Durham’s previous system, the reports it generated required manual manipulation into a format that made sense to Desiderio and her colleagues. That manipulation added time and complexity to the process of presenting important financial information.

Because of the way certain data was filtered in the previous system, the information it generated wasn’t always reliable, Desiderio explained. She and her team would pull reports, spot an incorrect number, and then dive deep into the system to figure out what filters had triggered the inaccuracy. For government finance teams, accuracy is paramount. Desiderio and her colleagues at the City of Durham are no exception.

The previous system limited the number of users (and at times, the system was so difficult to log into, even users with their own access had to resort to logging in through an admin account). As a result, any time a request for debt information came in, Desiderio and her team had to source the information, manipulate the data, and then pass it along, consuming valuable time and energy.

The previous debt management system did not allow for document storage within the software, meaning that all the supporting and verifying documents that are, at times, necessary to verify information had to be kept somewhere else, in paper files or hard drives. As a result, the debt management software could not serve as a single source of truth for valuable financial data.

In DebtBook, Desiderio found a debt management system that solves her most pressing issues:

DebtBook operates entirely in the cloud, meaning users can access their data any time, anywhere. It also protects critical financial data from cyber attacks. Should the city fall victim to any malware attacks in the future, its debt information will be secure.

While the previous system required significant data manipulation with every report it generated, the reports coming out of DebtBook are clean, easy to understand, and accurate, right from the start — no formatting or column shifting required. Recently, City Council members asked for information regarding the City’s debt. Desiderio pulled the necessary report and didn’t have to change a thing before handing it over to Council.

DebtBook allows for unlimited users, meaning the City of Durham can add as many team members to the platform as it likes. That increased access allows for stronger collaboration across departments. It also eliminates excess work for Desiderio and her team as more people are able to access the information they need for themselves.

“Historically, a member of our team would have to pull the information and make it look presentable to them,” Desiderio said. “Now we've given access to others, including our finance director. He can pull down any information that he wants, and it's very presentable.”

DebtBook has become a single source of truth for the City of Durham’s debt information. Finance professionals across multiple departments are using it to track information, schedule and make payments, and strategize and plan for the future. And because they’re all collaborating within the same system, they can trust that they all have access to the most up-to-date and accurate information.

DebtBook allows users to store documents within the application, meaning Desiderio and her team have access to all the supporting documentation they need to verify information. And since the platform is cloud-based, those documents are also secure, protected from any future cyber attacks.

Once the City of Durham chose DebtBook, we got to work on the onboarding process. Because of the malware incident, speed was critical. So was accuracy, which was made all the more challenging after the loss of data. We worked together and had the bulk of the onboarding completed within a month.

“DebtBook did a great job of helping us get everything in correctly and capturing everything we needed to,” Desiderio said.

Jake Lorentz, Senior Fiscal Analyst with the City of Durham, appreciates how DebtBook is always looking to improve and give users what they need to do their jobs well. “It’s been great how they make progress and keep adding things. They’ve been responsive to our requests, so I know, if something comes to mind, I can bring it up, and they’ll figure out what to do,” he said.

For Charisse, a treasury analyst, it’s all about ease of use.

“The first thing I needed to do in DebtBook was analysis by debt, and when I pulled the report and gave it to Jake, I was surprised when he said it was perfect just the way it was. Before, it would have been a matter of pulling certain information out or changing the format, and then, in the end, we still weren’t working with the correct information,” she said.

“I really do love DebtBook, and I'm excited for the upcoming budget pages that I'm working on because I'm sure, in DebtBook, it will be easier than our old service.”

“DebtBook has freed up a lot of time for me to focus on other things. For instance, putting together the budget for debt service used to take me a full day; now, it takes me maybe 45 minutes, and that includes loading it into our ERP system. The whole process is a lot easier,” she said.

“I appreciate the ease and peace of mind, knowing that the information we’re pulling is correct. We’re not manipulating any data, and we’re not trying to make it look presentable. DebtBook makes all that very easy.” 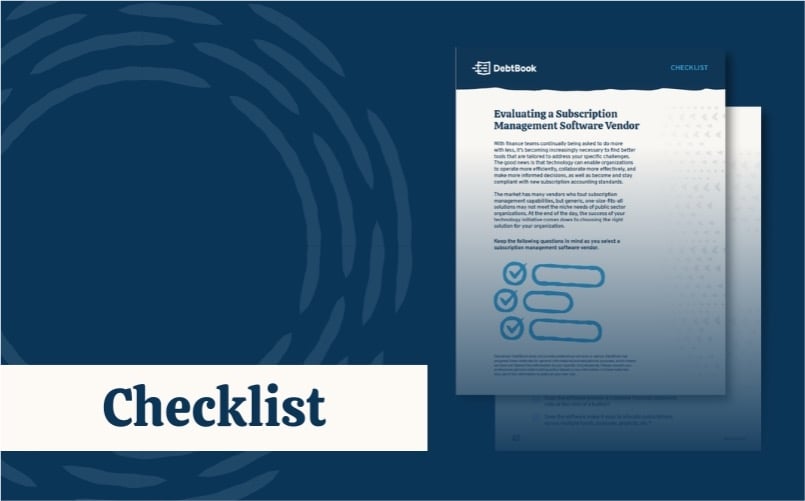 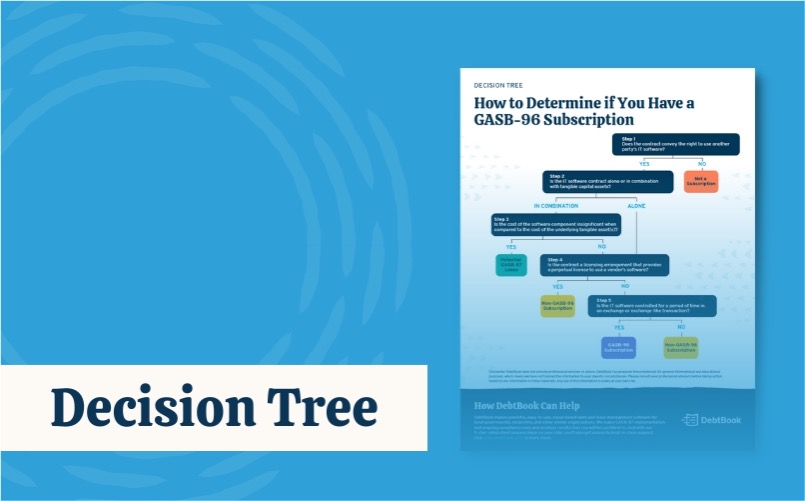